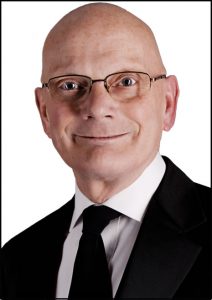 I was born into a family of fundamentalist Christians in the mid – 1950’s. While I am thankful for the stable family background that my parents provided, I began to challenge the rules when I was very young. We had no radio or television, and were discouraged from having friends outside our religious group. I left home at 17, alone, knowing that by taking that action I was probably cutting myself off from my entire family forever. Since then, I have been a borstal boy, slept rough on Victoria Station in London, recovered from cancer, and given up smoking in one day. I had a 24-year career in the railway industry, culminating in six years working in learning and development under an inspirational leader. My career has continued with a spell of self employment as a customer service trainer, four years working for an international financial services organisation, during which a piece of work I was responsible for won a Regional Award in the National Training Awards. I currently speak, train and facilitate based on my  experiences, and am also proud to be involved with Toastmasters International, the world’s largest not-for-profit educational organisation. Since 2016, I have been a member of the Professional Speaking Association. I am based in Peterborough in Cambridgeshire but travel within and outside the U.K. for my work. Business Address: 120 Elmfield Road, Peterborough, PE1 4HB, U.K.