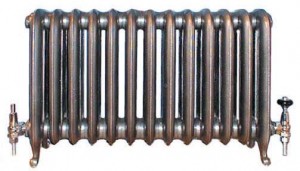 It has been a very exciting last few days for me. I received the first copies of my book ‘Growing Forward’, which is currently available personally from  me, and will be available online and through other media during the next few weeks. I have just arrived at the end of my year as Division Governor for Toastmasters International, and that has involved attending a number of special occasions this past week. Friday evening saw me at the Grand Finals of the Jack Petchey Speak Out Challenge in London where I saw the best teenage speakers in London competing at the Speak Out Challenge Final – it was an inspirational evening – imagine 15 teenagers all delivering a 3-minute speech to an audience of 900!

Saturday I was in Aylesbury, partaking of afternoon tea and cucumber sandwiches (yes, really!) to celebrate Aylesbury Toastmasters 55th birthday – Aylesbury Toastmasters is the oldest established Toastmasters club in the U.K. and Ireland. My good friend Andrew Brammer was the guest speaker and we agreed, while drinking proper tea, poured through a tea strainer, that joining Toastmasters International was the best decision we had made in our lives as far as our personal development was concerned. On Sunday night I attended the Area 20 Toastmasters Gala Dinner in Watford, where I officially handed over the role of Division Governor to my successor, Ann Nunn. We were entertained by Malachi Talabi, the current UK and All-Ireland Public Speaking Champion for Toastmasters International and heard his contest-winning speech ‘Keep On Walking’. In the preamble to his speech, Malachi asked us if we were drains or radiators!

Now I have been asked this question before and I am pretty sure that I am a Radiator most of the time – in other words, I exude positive energy and have a ‘warming’ effect on people! I do, however, have the odd ‘Drain Day’, where I perhaps don’t feel so positive – what I tend to do on those days is keep myself to myself and find a way to recharge my batteries, ready to unleash my usual ‘Radiator’ self on the world again as soon as possible.

What would your friends, business colleagues and family say about you? Are you the sort of person that people want to be around – a Radiator – or are you one of those people who Drains the energy from everyone else when you are around? Which would you like to be?