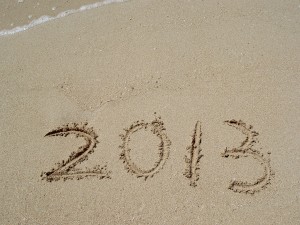 In early December, I wrote a guest blog post for Alison Chisnell, on her HR Juggler blog. You can read it here. It summed up my 2012 quite well, and with the benefit of a month’s hindsight, I wouldn’t change a word of it, except for giving the England cricket team’s fortunes more prominence than world peace, perhaps!

What I would like to see in 2013 is more justice. There may not be a lot that I can do about world peace, apart from being open and honest about my views and being the change that I want to see in the world (what a powerful quote that is from Ghandi, when you really think about it) but I can make a difference in other ways. I am a member of the Engage for Success movement for a reason. I still hear too many stories about people who are totally taken advantage of by their employers and feel powerless to do anything about it because they are in fear of losing their jobs. On the other hand, there are still too many status-obsessed senior managers who think they are more important than the people they support, who are very likely to be serving their external customers. It alarms me that some senior people in well-known organisations are still so hopelessly out of touch with reality. If I can make a small positive difference in this area during 2013 while earning enough money to live on, I will feel that 2013 has been a worthwhile year.

I also want to become more involved with the Connecting HR group, because from what I saw in the latter part of 2012, there are a lot of my kindred spirits at large there – people who are not satisfied with the status quo. I have also signed up to a quite controversial and ground-breaking accountability programme to help cure me of my tendency to procrastinate!

Personally, I want to spend more time with the people I love, win two or three rounds of the Toastmasters International Speech Contest, continue to be able to listen to wonderful music, get to a couple of days of Test match cricket (and listen to the rest on the radio), and continue with my fitness regime that has me feeling better at 56 than I did at 36. Oh, and see more peace, justice, tolerance, love and equality in the world.

A very Happy New Year to everyone who reads this.