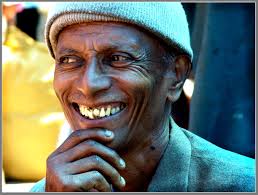 I was travelling to London on the train the other day, as I often do. Most people were on their way to work, engrossed in their phones, Kindles, newspapers, music – anything to take their mind off what they were going to spend the rest of the day doing – well, perhaps not all of them, but so many people go to work because they have to, not because they want to.

The train stopped at Stevenage and a lot of new people got on. There weren’t enough seats for them all so some stood near the doors. One guy stood out. He was dressed in jeans and a t-shirt and had a toolbox with him. He was in conversation with a couple of friends. I heard him say

‘I LOVE my job. I’m a plumber and I love what I do. I’ve been asked to become a supervisor but I don’t want that because it would take me off the tools and into an office, and that’s not what I want. I REALLY enjoy being a plumber’. His face had a great big grin on it and his body language was positive and infectious.

I’m also lucky to love what I do. I felt lucky to have heard this guy that day, and I wanted to share that feeling with as many people as possible.

How much do you love what you do?