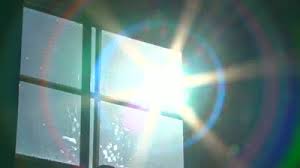 The last quarter of the year can be quite a dire time, with the short days and sometimes rather grim weather that we experience here in the U.K. I’m not a person who finds it easy to get up and at it on a grey, wet morning, but there have been some feelgood moments over the past few weeks that I would like to share with you.

I had a trip to Oslo, Norway a few weeks ago, to deliver some training for a client. I had been judging at the U.K. Customer Experience Awards on the Thursday and was flying out to Oslo in the evening. Taking the Piccadilly line out to Heathrow, I failed to notice that my suit carrier, containing my change of clothes for the next day and all my personal hygiene products, had gone missing from the train en route to Heathrow Terminal 5. Perhaps it was the wine I had been drinking at the awards lunch – I am not used to drinking alcohol in the day time!

The London Underground team member at Heathrow T5 station tried to be helpful but it was obvious that I wasn’t going to reunited with my luggage in time to catch my flight to Oslo. I bought replacement hygiene products from Boots in T5, where the service was as good as it always is in Boots, and, having looked at the prices of shirts at the retailers there I decided to wear the same shirt for two days. Who would know? Apart from me, and now a few hundred blog readers, no-one.

When I arrived home late on the Friday evening, there was a message from a member of staff at Green Park tube station on my answering machine, telling me that my suit carrier had been found and asking me to contact them. A week later, I was in London doing some work again, collected my luggage from the Transport for London lost property office in Baker Street and was reunited with my leather wash bag which was bought for me a few years ago by someone who is special to me. Thank you, London Underground, for exceeding my expectations.

I spent a recent weekend at a Toastmasters conference at the Crowne Plaza Five Lakes Resort near Colchester in Essex. I was part of the team that organised the conference and witnessed the following act of amazing customer service. An elderly friend of mine had arrived at the resort after a circuitous journey and had just checked into the hotel. It’s a massive place, and she was uncertain of where to find her room. I noticed one of the chefs from the kitchen walking by, and asked him if he could tell us where my friend’s room was.

‘Give me your case, Madam, and I’ll take you there’ was the reply, with  a smile. That totally blew me away. I spent many years in the hospitality industry and many chefs would not see it as part of their job to deliver great service in this way – they work in the kitchen, out of sight.

As I type this, the sun is streaming through my office window. Sharing happy stories always brings out the sun, I guess.