Next Steps, and What I Have Learned! 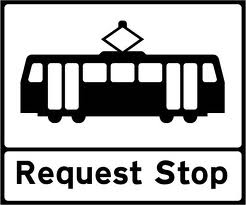 Today I followed some advice from Nikki Pilkington. Nikki doesn’t really need any help from me, as she is pretty much an international internet guru these days. We met a few years ago when I had my first business and we both belonged to a now-defunct business networking group called ‘Missing Link’. A couple of weeks ago, I signed up for Nikki’s 30-day blogging challenge. You should too, if you are serious about blogging. Today’s advice was to ask readers what they would like me to blog about. I’m obviously a popular blogger, because I received two replies almost instantly when I asked the question on Twitter!

Amanda Carlin asked me what my plans were after I have published my book in July, and Chris Thomas asked me what I have learned. I’ll answer Amanda’s question first:

My first book, ‘Growing Forward’ is nearly completed. I just have to do the second edit, and my wonderful editor and proof-reader Ruth Ekblom and I have a meeting early next week to discuss some of the finer points. I have a cover to design and introduction and acknowledgements to complete, and then the first book will be ready to go to the printers. I have written enough material already for a second book, so I would expect to have Book 2 out by the end of 2011. Before I focus on that, however, I plan to go on a tour of 4Networking groups around the U.K. to promote the book. I have been frankly amazed by the support that I have received from the 4Networking people within 50 miles or so of Peterborough so far, and I’m looking forward to meeting up with more 4N people around the country as the year progresses.

I’m also very much on the look out for public speaking opportunities. I did a keynote speech for 150 teenagers at a Young Enterprise awards ceremony in Milton Keynes a few weeks ago and the feedback I received from that was fantastic. I have a few speaking opportunities coming up and I will share more details when they are confirmed. I also plan to have a tilt at the Toastmasters International Humorous Speech Contest later this year. I already have a speech ready for that.

My dream for the next two years is to take the books and the speaking abroad, maybe to Canada and even the U.S.A., Australia and New Zealand. I want to help people to see that you do not have to be who you think you are – that you can dream, and that those dreams can become reality. I’m also looking forward to becoming more involved with WorldHost Principles of Customer Service training in the run-up to the 2012 Olympics. There will also be more books, now that I have got the hang of this writing business a little. Oh, and I will be running some open workshops early in 2012 – watch this space for details!

Chris asks what I have learned. Well, this is my second attempt at self-employment. I have learned that when you are self-employed you are responsible only to yourself, and to your customers. I have learned that there are people out there who are more than willing to take advantage of you if you are starting your own business – I have also learned that there is a tremendous amount of support and goodwill available as long as you are able to sort the wheat from the chaff. Some people who profess to want to help you are really only interested in helping themselves. Thank you to everyone who has helped and supported me – you will all get credit in the book, and those who haven’t helped – well, what goes around comes around.

Thank you to www.instant-art.com for the picture