Thoughts on the Connecting HR Unconference 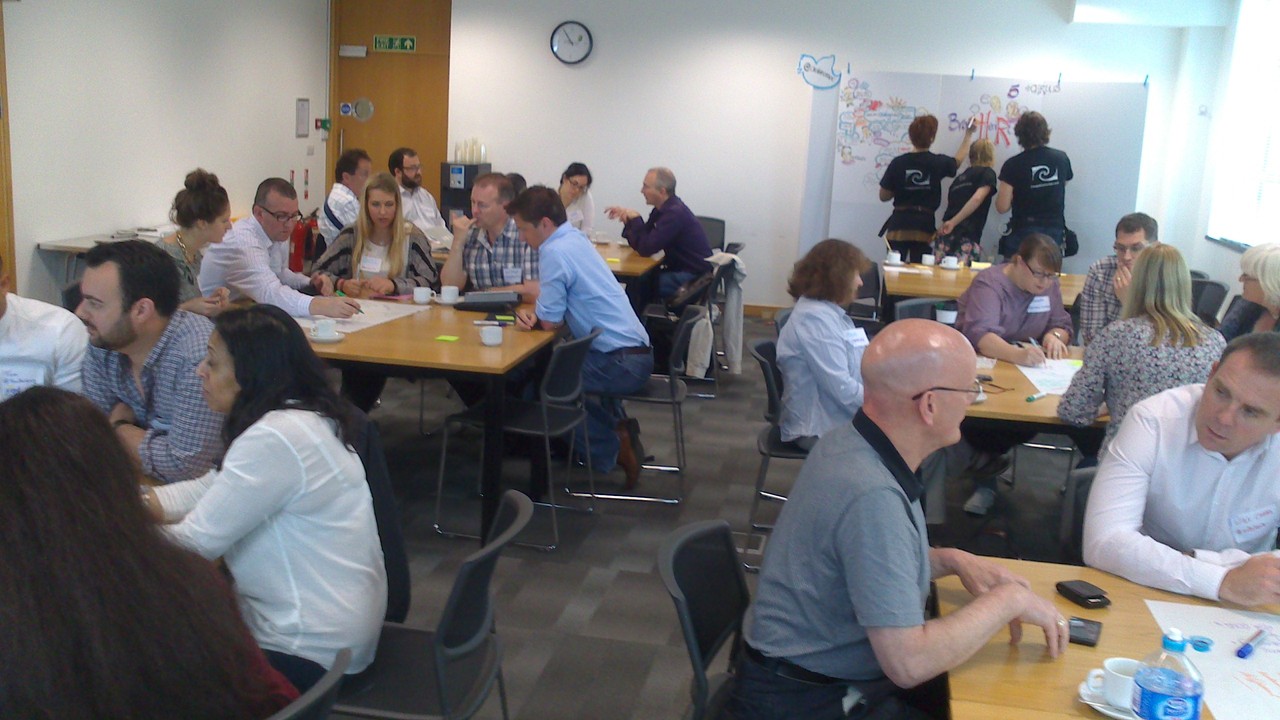 Yesterday I attended my first ever unconference. I got involved with the Connecting HR group last year, after meeting  Jon Ingham at one of the early Engage for Success Guru Group meeting. Sometimes I think things are meant to happen. I went along to a Connecting HR tweet-up in London shortly after meeting Jon, and although the meeting was in a very noisy pub (the usual private room the group has had been double-booked) I was made to feel very welcome and found that there were several kindred spirits around. By kindred spirits, I mean people who are committed to doing things differently, to creating workplaces where people want to go, rather than have to go. After attending my second tweet-up, a few months later, and keeping in touch with people through blogs and Twitter, I was told about the unconference on 21 July. ‘A whole room full of people like I meet at the tweet-ups, and for a whole day?’ I thought. ‘I’m going to have some of that!’ Then I was asked if I could get involved in organising the day. Well, I have helped to organise many events in my time, but an unconference…wow, this was going to be a new challenge. I think I might have lost a few followers on Twitter these past few months with my constant tweeting about #BraveHR and #chru13 – but it was worth it because yesterday was great. I had volunteered to be the meeter and greeter, and was determined not to sit behind a desk and check people in with a smile and a printed name badge. Just as well, because that wasn’t expected anyway. I just put the list of attendees on a table and asked people to check themselves off, then design themselves a name badge and put their Twitter handle on it if they wanted to. Meanwhile Doug Shaw and Perry Timms were beavering away setting up flipcharts for people to record their initial thoughts on. I had never been to an event where there was less stress. Soon Cass arrived, a wonderful splash of colour and energy, and the team was complete. As our first participants arrived, so did the coffee and tea, and it seemed like a few minutes later the room was full of people talking, making friends and being interested in each other. We had a lot of great conversations during the day about Brave HR and how we can change what HR does and how the function is seen in the world of business. There was no hierarchy at all, just a bunch of people who want the world of work to be a different and more enjoyable place swapping thoughts and ideas. There were senior managers and directors of companies there, the CEO of the CIPD was there, and the little old railway worker who got lucky when someone gave him the chance to move into learning and development (me!) was there, and everyone’s opinions were listened to. Not surprisingly, I didn’t hear anything that I didn’t agree with. We had some wonderful artists creating a visual wall of our conversations – more about that in a later post I’m sure, and after an excellent lunch we were taught to play the ukulele (will put in a link to this later!) and went back to discuss what a brave new world of HR might look like. I thoroughly enjoyed the day. I was privileged to be part of the team that facilitated the day, although there was very little facilitation needed. My only question. Why, after my forty years in the world of work, have we still not got how we treat people in the workplace right, and why are we still having to be brave to even talk about it? One of the most interesting quotes came right at the end of the day. A lot of people might have missed it. Apparently, a significant number of CEO’s would do their job for a third of what they get paid. Something like that would be a real step forward, especially if the money saved was used wisely. That would be a huge change in behaviour. My commitment? To get together with other Connecting HR people on the last Friday of every month (work permitting) to move this agenda forward. And to be around to help with the next Connecting HR Unconference in 2014. More soon…!