Who are your Role Models? 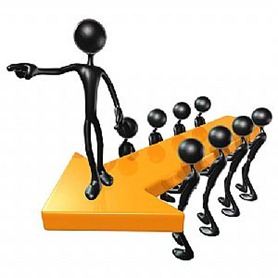 When I was growing up, like everyone, I had a mixture of role models. Being raised in a fundamentalist Christian group has its advantages, as I ended up with a fairly consistent moral compass, but some of the people that I was encouraged to be like were so boring and one-dimensional – that little voice in my head just kept saying ‘I don’t want to be like THAT!’

Later, when I left home and went out into the world on my own I had some very negative role models for a while. Really, I had anyone as a role model who would be my friend, and that let me to make some poor decisions, which resulted in fifteen months in Borstal, the young offenders institution of the day. The most valuable lesson I learned from that experience was to be very careful who I ‘followed’ for the rest of my life! You will be able to read all about it in a few weeks’ time when my first book ‘Growing Forward’ is available.

During my working life, I have had many role models, many of them positive. When I became interested in leadership, I looked to leaders who were not afraid to roll their sleeves up and get their hands dirty as role models. I have never seen anything in what I call ‘distance leaders’ to make me change my mind. The concept of servant leadership sits very well with me, and all the people who have inspired me as leaders have had something of the servant leader about them.

It’s also possible to have role models who are both positive and negative at the same time! If that sounds complicated, think about the person in your life who seems to seems to have an attractive personality (in other words, they’re charismatic) but you have heard that they can be very aggressive in private. I had a boss like that once. He always treated me very well, was appreciative of what I did, and made me feel valued. However, it was known throughout the company that if anyone challenged him, he could become very nasty and verbally violent. I decided that this person was going to be both a positive and negative role model for me, for obvious reasons. Why does anyone ever think that they can get the best out of their people by being aggressive? It beats me, but that’s probably another blog post for another day!

Thank you to caycon.com for the picture